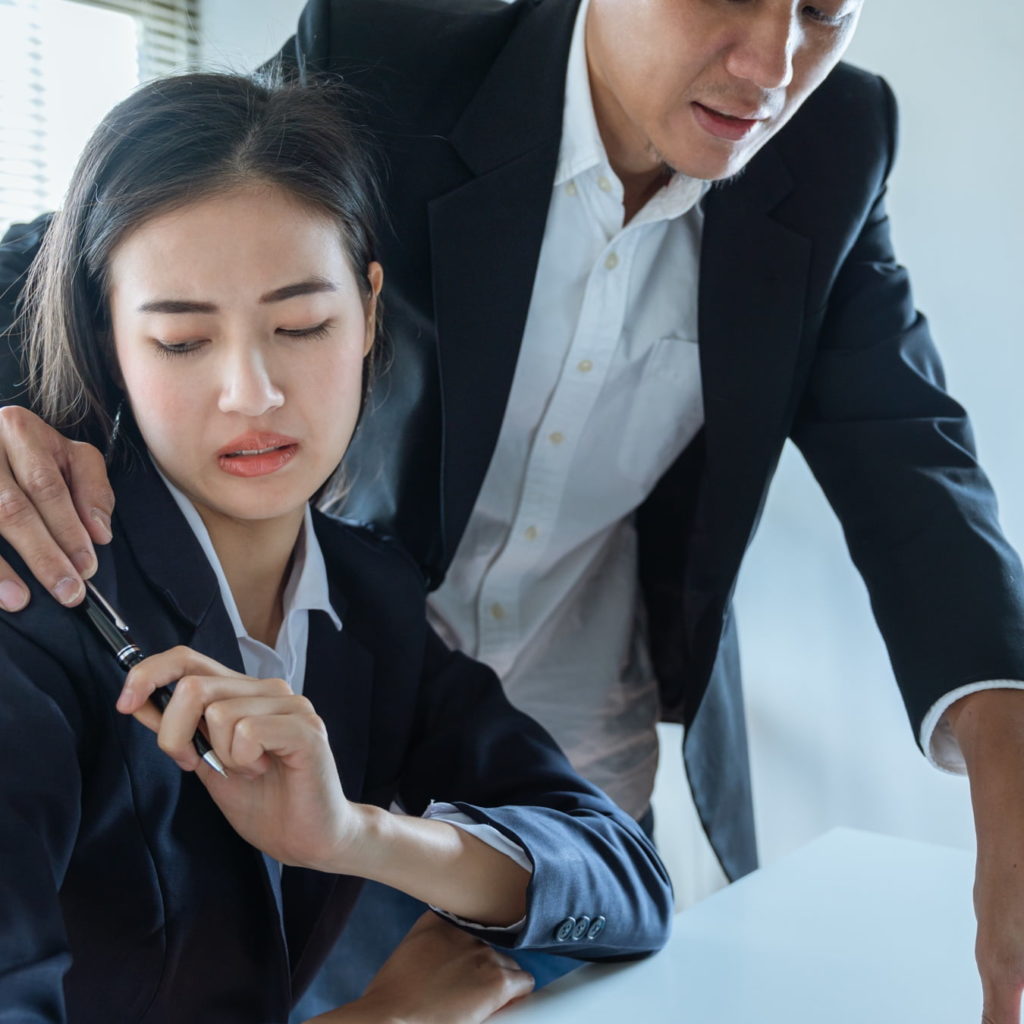 American families and individuals support themselves, obtain health coverage and achieve a sense of dignity and accomplishment from working. Unlike our private lives, we do not get to pick who we work with. As a result, in the United States, people at work are not allowed to interfere with our jobs or our ability to earn a living. There are Community Security Rules that protect all of us, including you, your families and children.

The harasser can be the victim’s supervisor, manager, or coworker.

Under the Law, there are a number of protections and steps that companies are required to take to prevent and stop sexual harassment in the workplace. Companies must institute a clear sexual harassment policy. In the employee handbook, a policy must:

Most importantly, if sexual harassment occurs, these steps must actually be followed and action taken. It is not enough to just say or write in a handbook that someone is protected- that would only be covering one’s behind. Instead meaningful and serious action must be taken to prevent and correct sexual harassment.

In conclusion, it is illegal for a company to allow a culture of sexual harassment and the mistreatment of women, including retaliation.  Substantial damages may be awarded for the violation of such Community Security Rules, such as the $1.5 million dollar verdict obtained by The Fraley Firm, P.A. for a client who sued in a sexual harassment/retaliation lawsuit filed and won against a corporate executive and company.